As a part of their #Breathless Campaign on twitter, brand Mirinda came up with an idea of fusing two of the most enticing concepts of this new (and mostly ‘online’) generation – flash mobs & social network – and delivered an effective brand engagement opportunity.

Whether you like it or not, flash mobs are here to stay. Few years of from its inception, this idea spread faster than forest fire to become a common trend and nowadays you can see one being conducted almost everywhere. A normal gathering for a flash mob can range somewhere around hundred individuals, but it can exponentially increase when you take it online, literally. To make most out of this craze, Mirinda in association with Red Digital, the agency handling social media of the brand at that time came up with a unique campaign on twitter called “TweetMob”, bringing a completely innovative experience for commuters.

The idea was to introduce a topic among the followers of the brand and encourage them to tweet on the same. This will ensure constant engagement between consumers and the brand through the conservations and comments on Twitter. First TweetMob in this campaign was started with the topic ‘what leaves you breathless on Valentine’s Day’, on February 14. The twitteraties were using the hashtag #breathless to participate in this campaign which was along the lines of Mirinda’s new Breathless campaign launching two new flavours. Similar TweetMob was done with hashtag #Pagalpanti on February 24th which performed even better than the previous one. 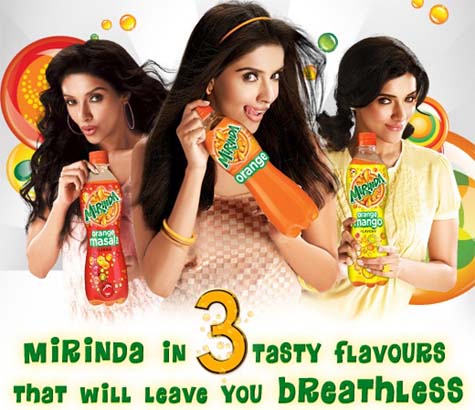 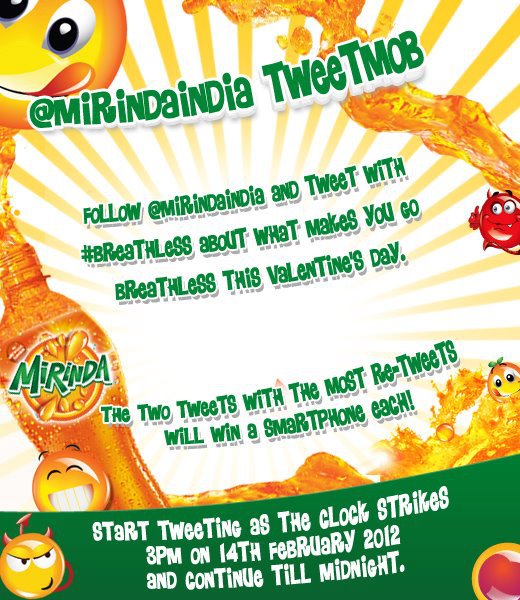 How well it did you ask? The inaugural TweetMob saw 2,220 tweets in a span of nine hours and fetched Mirinda (@MirindaIndia) 200 new followers on Twitter. The brand featured amongst topics breaking globally at the end of nine hours while #breathless trended nationally. #Pagalpanti went further and saw 3,700 tweets in nine hours making its reach five times more compared to the first Tweetmob.

It is more than certain that we are going to see more of such TweetMobs in future. Because it’s an era of engagement and brands are constantly working out on next big ideas on various social platforms to ‘engage’ with their target audiences. Like Mirinda, others will leverage this power of this direct impulsive conversation on social media to connect with its discerning consumers.