Twitter has leveraged the idea of being a platform of, by and for people – where they are free to share opinions, comments, jokes, and questions – in front of listeners/online audience. Gradually it became a great tool for people from different spheres of life to connect with large masses by putting their views and thoughts into 140 Characters packet, which calls for more concise and compact conversations, unlike Twitter’s social-counterparts. Disparate People, Organizations and Big Brands quickly adapted to this format reaping the benefits of being socially accessible and optimizing this platform phenomenally.

When many brains started utilising Twitter, many innovative uses of this platform sprang up as well. One of the recent ones is likewise called as “Twitter Chat” and one good example of its implementation is by JLF. It has conducted various such sessions recently with industry’s bigwigs like Shashi Tharoor, Mihir Sharma, Laila Lalami and many more, giving people an opportunity to engage a striking discussion under #JLFChat with them and lot more like-minded individuals, which normally is not easy.

Twitter chats are happening all around. What it mean to be in Twitter Chat? They are conversations which people can join by following and mentioning the assigned hashtag. It’s a new way to engage the audience using a recognizable hashtag and make them follow a single conversation.  People ask questions, reply and everyone has a voice in these sessions which can last several hours. 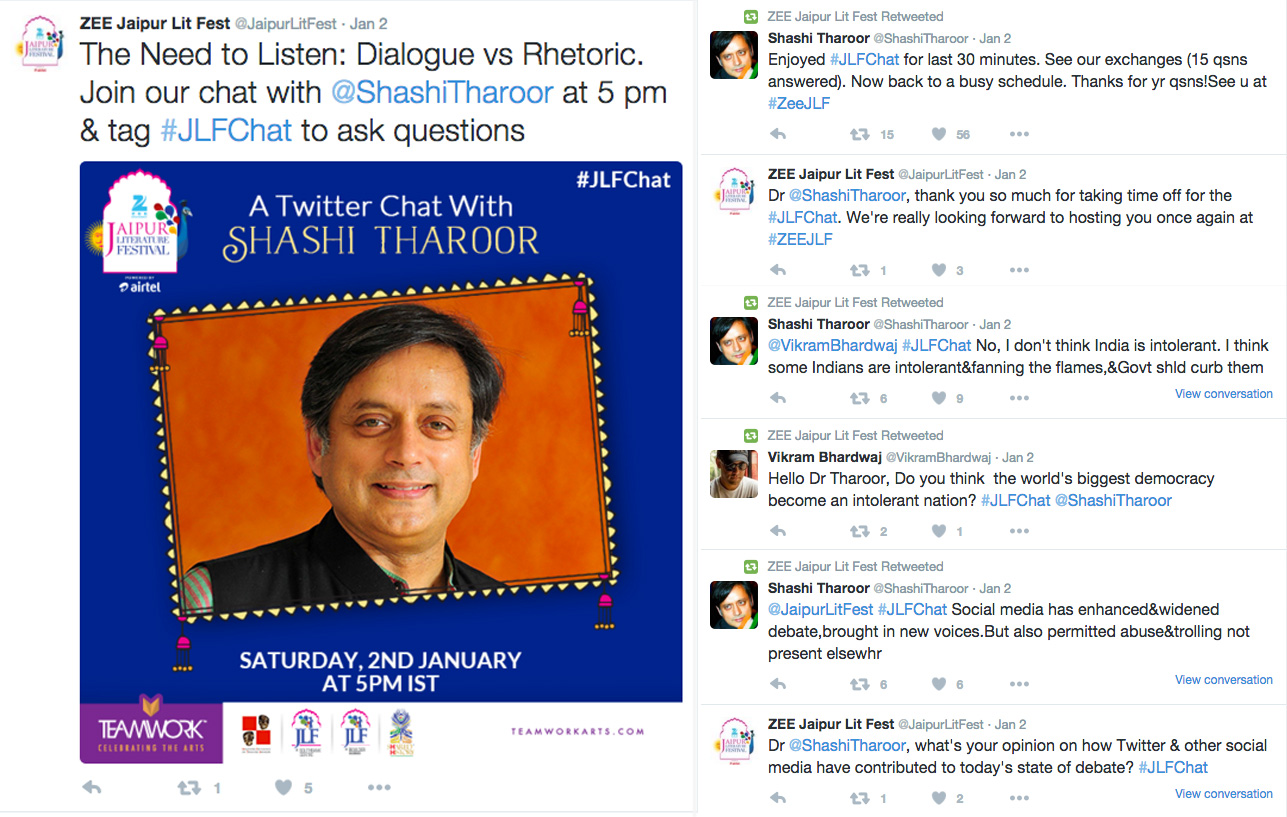 Why should you care?

Twitter brings together the idea creation and sharing on the same pedestal. The question arises on the fact how to capture and curate on the thoughts into an interactive experience. There is no lack of inspiring people on Twitter but the content push by them is more or less one-way street. So Twitter Chats is one efficient way to participate in communications which can help broaden our perspective. Expect it to spread much more in foreseeable future.