Polls in Facebook Live has emerged a new way to engage the audience on the social platform. Whether it is great elections of the United States to asking your audience about their favourite food, you can see a live poll video every now and then on your Facebook timeline. Recently, the upsurge of this social media trend benefited many pages and sites in terms of variably increasing their outreach. And, for something as simple as a Live Poll, it is a very considerable and effective result.

Facebook Live Polls are nothing more than a way of interaction. Through these polls, you can initiate a wordless conversation which needs to possess a question or a choice, few options to choose from and real-time updating of the results. For many brands and sites, it has been proved to be an amazing mode of interacting with the audiences and customers. However, the question is what makes these Facebook Live Polls so effective?

Here are some examples of brands using Facebook Live Poll 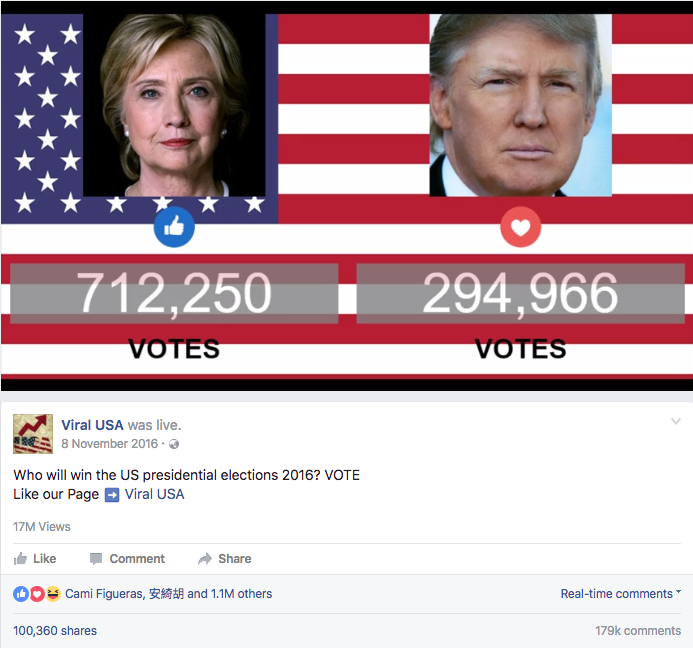 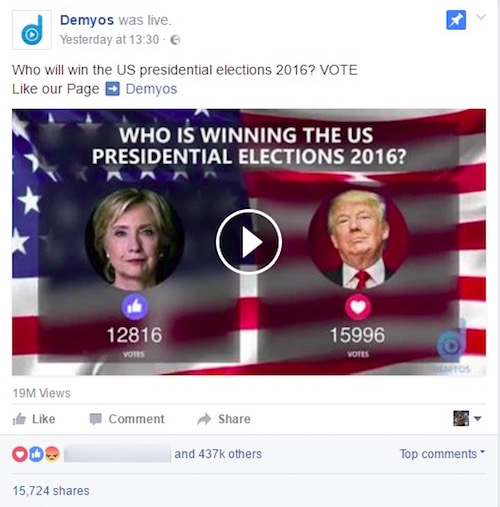 During the elections, brands used the Facebook live poll extensively to showcase a person’s vote for their choice. Brands like Viral USA and Demyos generated 17 million views and 19 million views respectively.

They asked the audience during Facebook Live to vote for their favourite childhood movies from among the 4 options using emojis. 4 Million+ views, 480K+ Reactions and 4K+ Shares were recorded in this poll.

They ran a poll asking their audience during a Facebook Live session about best British Dish according to them.

This brand asked their followers how much cooked they preferred their beef. People voted using reactions.

They asked their audience their brewing style in a live poll in a Facebook Live Session. ‘Reactions’ was used as the means of voting in this poll.

It is beneficial for your Brand

There are actually two factors that help to boost audience engagement through Live Polls. The first one is Facebook’s inclination towards promoting the live feature. So, what it does is, it pushes the live videos on the top of the newsfeeds. That is how it makes it grasp more attention. On the other hand, generally speaking, the live poll feature is latest in trend. Therefore, its effectiveness and response rate from social media users – at the time – given is pretty high. Before this trend goes off tune, we recommend you to make the most out of it for your brand. Because it can help you generate a good outreach for your brand.