We developed an interactive application for the Vodafone on the occasion of Rakshabandhan through which people were able to prepare a customized message for their brother/sister and post on their Facebook timeline. This provided the brand to connect with the audience with the interactive post and people with an opportunity to showcase the strong bond with their sibling.

When a user opens the application, he is greeted with a welcome screen followed by a screen asking to fill details – Name, Phone, Email ID, Gender, and Sibling’s name. The user then clicks a picture and adds a customizable message to the given frame. This picture could be directly shared to Facebook. 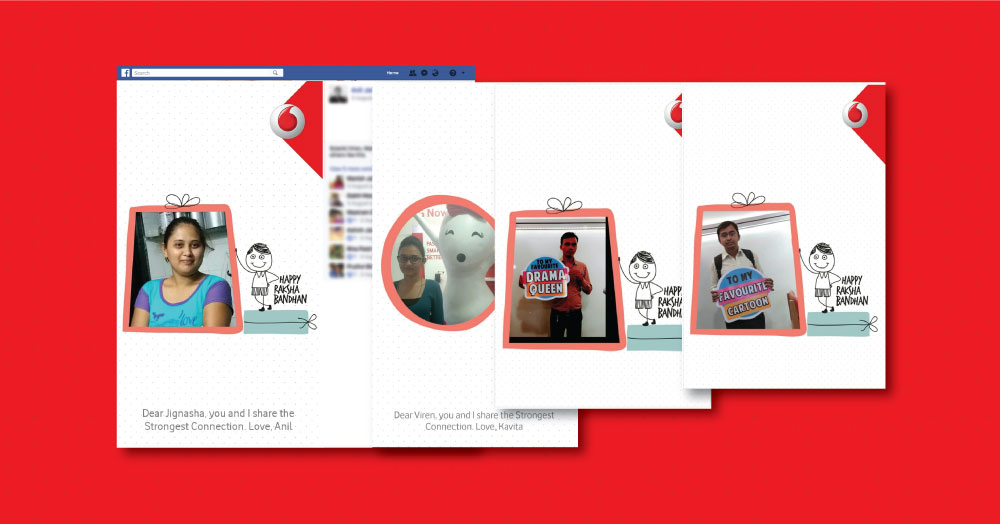 Step 1 – User fills the details in the application.

Step 2 – User clicks a picture with the in-app camera viewfinder and adds a customizable message to the given frame. 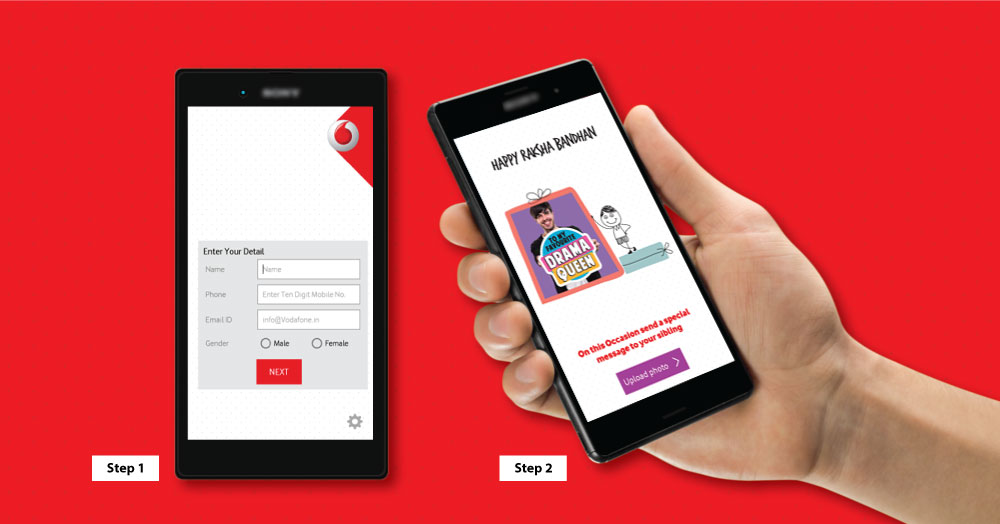 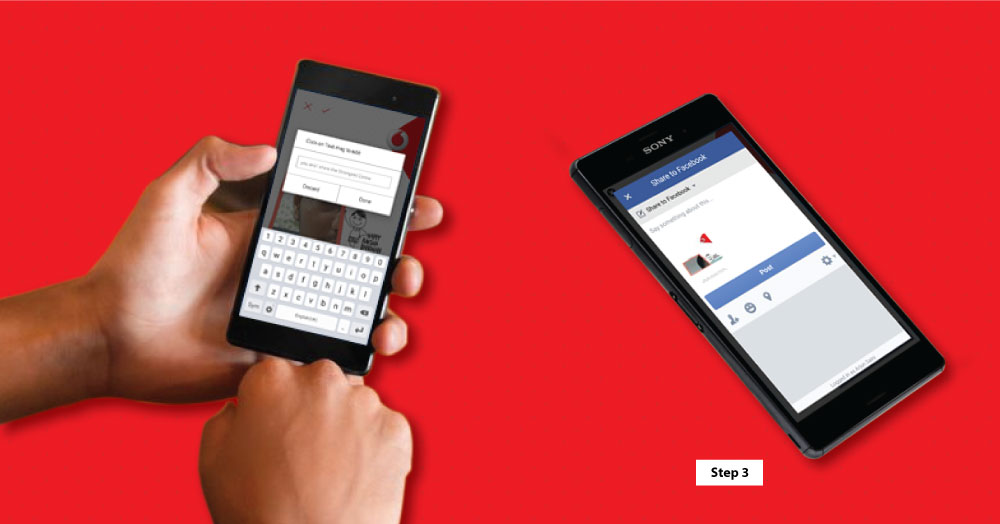 The application we developed was also installed on tablets/mobile devices in the different Vodafone stores across the country where people could come, register themselves and share the photo on their timeline. Store details were filled during the setup process and the data can be later on seen as how many people used the application from each store. 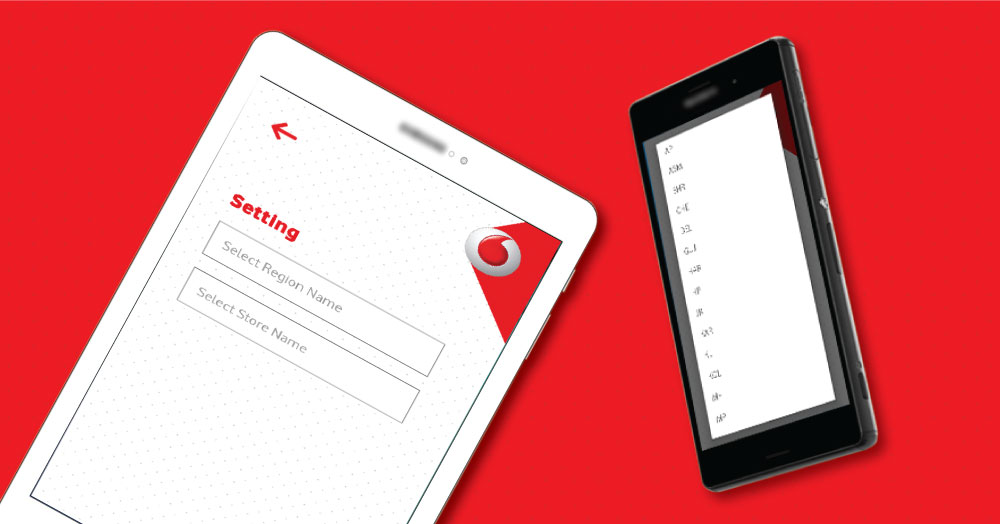